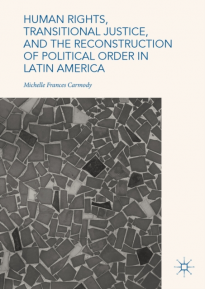 In Argentina and elsewhere in Latin America, decades after the fall of authoritarian regimes in the 1970s, transitional justice has proven to be anything but transitional-it has become a cornerstone of state policy and a powerful tool of state formation. Contextualizing cultural and political shifts in Argentina after the 1976 military coup with comparisons to other countries in the Southern Cone,… Michelle Frances Carmody argues that incorporating human rights practices into official policy became a way for state actors to both build the authority of the state and manage social conflict, a key aim of post-Cold War democracies. By examining the relationship between transitional justice and the Latin American political order, this book illuminates overlooked dimensions of state formation in the age of human rights.