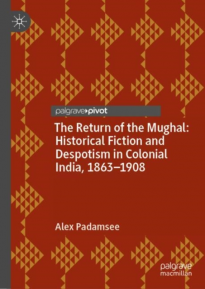 This Pivot explores the uses of the Mughal past in the historical fiction of colonial India. Through detailed reconsiderations of canonical works by Rudyard Kipling, Flora Annie Steel and Romesh Chunder Dutt, the author argues for a more complex and integral understanding of the part played by the Mughal imaginary in colonial and early Indian nationalist projections of sovereignty. Evoking the ric… h historical and transnational contexts of these literary narratives, the study demonstrates the ways in which, at successive moments of crisis and contestation in the later Raj, the British Indian state continued to be troubled by its early and profound investments in models of despotism first located by colonial administrators in the figure of the Mughal emperor. At the heart of these political fictions lay the issue of territoriality and the founding problem of a British claim to sole proprietorship of Indian land - a form of Orientalist exceptionalism that at once underpinned and could never fully be integrated with the colonial rule of law. Alongside its recovery of a wealth of popular and often overlooked colonial historiography, The Return of the Mughal emphasises the relevance of theories of political theology - from Carl Schmitt and Ernst Kantorowicz to Talal Asad and Giorgio Agamben - to our understanding of the fictional and jurisprudential histories of colonialism. This study aims to show just how closely the pageantry and romance of empire in India connects to its early politics of terror and even today continues to inform the figure of the Mughal in the sectarian politics of Hindu Nationalism.

Other ebooks releases by Alex Padamsee